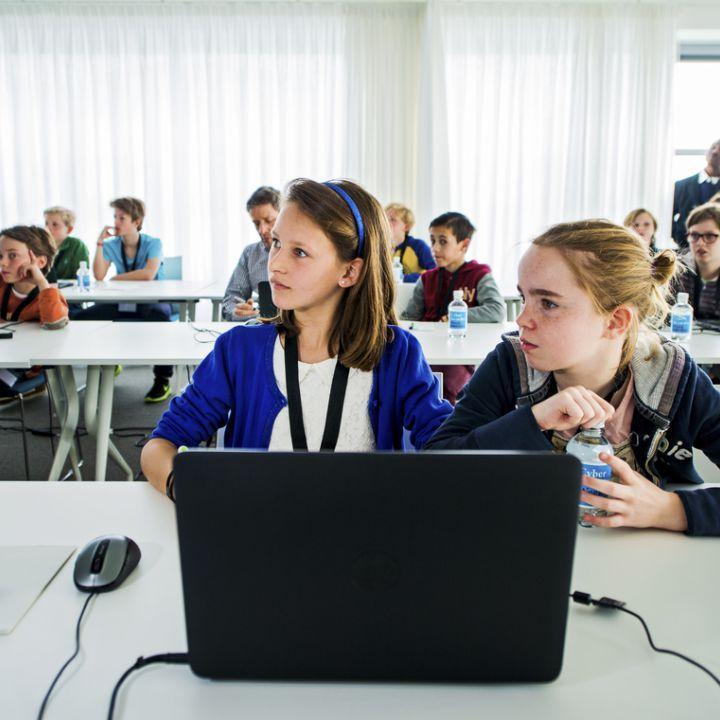 During the Hacklab, they learned how to be a hacker and found out what innovations the world is offering today and will be offering in the future. The children were taught by Deloitte’s own hackers; three time champions of the Global CyberLympics. The programme contained different kinds of interactive demonstrations, including the hacking of a computer network and social engineering. They also got the opportunity to experiment with gadgets like the Google Glass, a 3D printer, the Oculus Rift Virtual Reality Glass and a robot arm.

With HackLab Deloitte aims to let children take a peek into the life of a hacker: to show them the risks of digitalization and maybe enthuse them to choose a technical study and end up being technical professionals themselves.